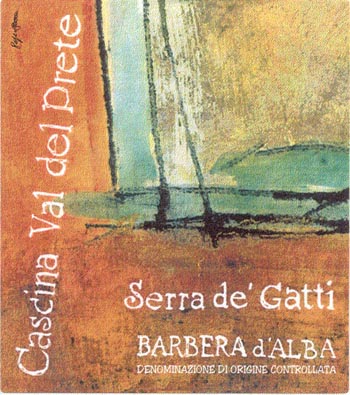 The Barbera variety’s origins are extremely ancient but the first documents in which it is cited date to only several centuries ago. In fact, the first formal citation of Barbera appears in a document of the 17th century that is now preserved in the city hall of Nizza Monferrato. And it was first officially mentioned in 1798 when Count Nuvolone, deputy director of the agrarian society of Turin, drew up the first ampelography of the varieties cultivated in the vineyards of Piedmont. “Il” or “la” Barbera, as it was traditionally called by Piedmontese farmers, whose brusk and unassuming character is precisely the same as that of this frank and robust red, is one of the wines best known and appreciated throughout Italy for its generosity and strength. A. Strucchi, a noted Italian enologist, observed at the end of the last century, that “when Barbera wine has attained five or six years of age, it is as suitable for consumption with roasted meats as Barolo and is often preferred by many to the more famous wine.”

Vineyard: The Serra Gatti vineyard is at 820 ft above sea level with a southeasterly exposure. Planted with a density of 2,200 plants per acre, the vineyard is bio-dynamically fertilized.

Harvest:   end of September, by hand

Aged in the bottle for 6 months.