THE PRESENT WITH DEEP ROOTS IN THE PAST

The history of Villa Zarry Brandy is connected with that of a famous family from Bologna and starts in 1954, the year when Leonida Zarri (who had been a consultant for Buton Brandy company for a long time) bought a company located in Murano near Venice by the name of Pilla, which produced excellent brandies, liqueurs and an aperitif, Select, which was very trendy at that time. Shortly after that, in 1956, the new owner moved the company Pilla to Castel Maggiore, a small town close toBologna.

Villa Zarri (previously known as Angeletti), an ancient eighteenth-century Bolognaise dwelling, was bought by Leonida during the Second World War and then used as a summer house for his family. Shortly after the war, due to the need to help families and children in need, Leonida allowed the Red Cross to use it.

After it was restored by his grandsons, Villa Zarri became a place for parties and conferences, fully showing its splendor and prestige.

Young Guido Fini Zarri, who carried on his grandfather and father’s business, came to the conclusion that it was possible to produce a superior class Brandy also in Italy and had been investing time and efforts in the attempt to “pave the way” for this project for some years. Since the harvest of 1986 he has been using a Charentais alembic to brew Trebbiano wine, thus starting a high-quality limited production. Encouraged by the excellent results of wine certification in Italy and desiring to spread a culture of Brandy and share his passion, in 1987 he organized a very successful popular scientific conference on “Original Italian Brandy”.

1989 saw the establishment of Villa Zarri and in 1990 Guido Fini Zarri presented the first bottle of Villa Zarri Brandy, a completely natural product deriving from brewing Romagnolo and Tuscan Trebbiano wine by means of a discontinuous method, in compliance with a strict regulation similar to the French Cognac one: the result is a top quality brandy endowed with great style, which fears no comparison. 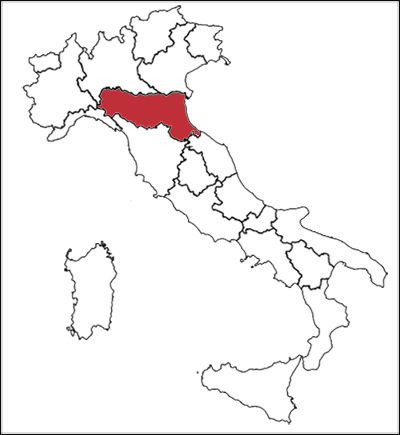