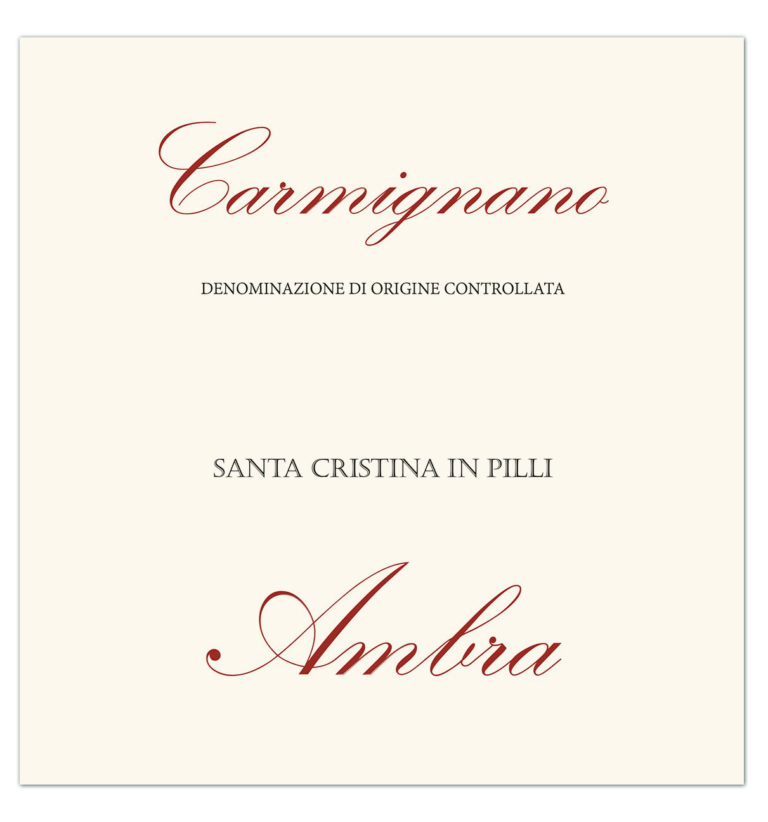 Fattoria Ambra has belonged to the Romei Rigoli family since 1870. The estate is located near the Ombrone river and the Villa Medicea of Poggio a Caiano. It is named after the poem “Ambra”, written in the 15th century by Lorenzo Il Magnifico. The vineyardsare part of a 20 hectare estate in the hills of Montalbiolo, Elzana, Santa Cristina in Pilli and Montefortini, four of the most important Crus of Carmignano.

DOCG Carmignano is bottled as “Riserva Le Vigne Alte di Montalbiolo”, “Riserva Elzana”, “Vigna di Montefortini” and “Vigna di Santa Cristina in Pilli”. The blend is mostly Sangiovese together with Cabernet Sauvignon, Canaiolo Nero, Colorino, Merlot and Syrah. A young version of Carmignano, “Barco Reale”, and a rosè wine, “Vin Ruspo,” complete their range of wines. Cabernet Sauvignon, previously called “Uva Francesca” (“French Grapes”), has been grown in Carmignano since 1700 when it was introduced by the Medici family.

In Italy the name of Carmignano has been synonymous with fine wine since the 13th century and so great was its reputation that Cosimo III de’ Medici, Grand Duke of Tuscany, decreed in 1716 that the appellation be strictly controlled. The borders of the ancient appellation remain identical to this day, making it one of the smallest DOCG areas in Italy. 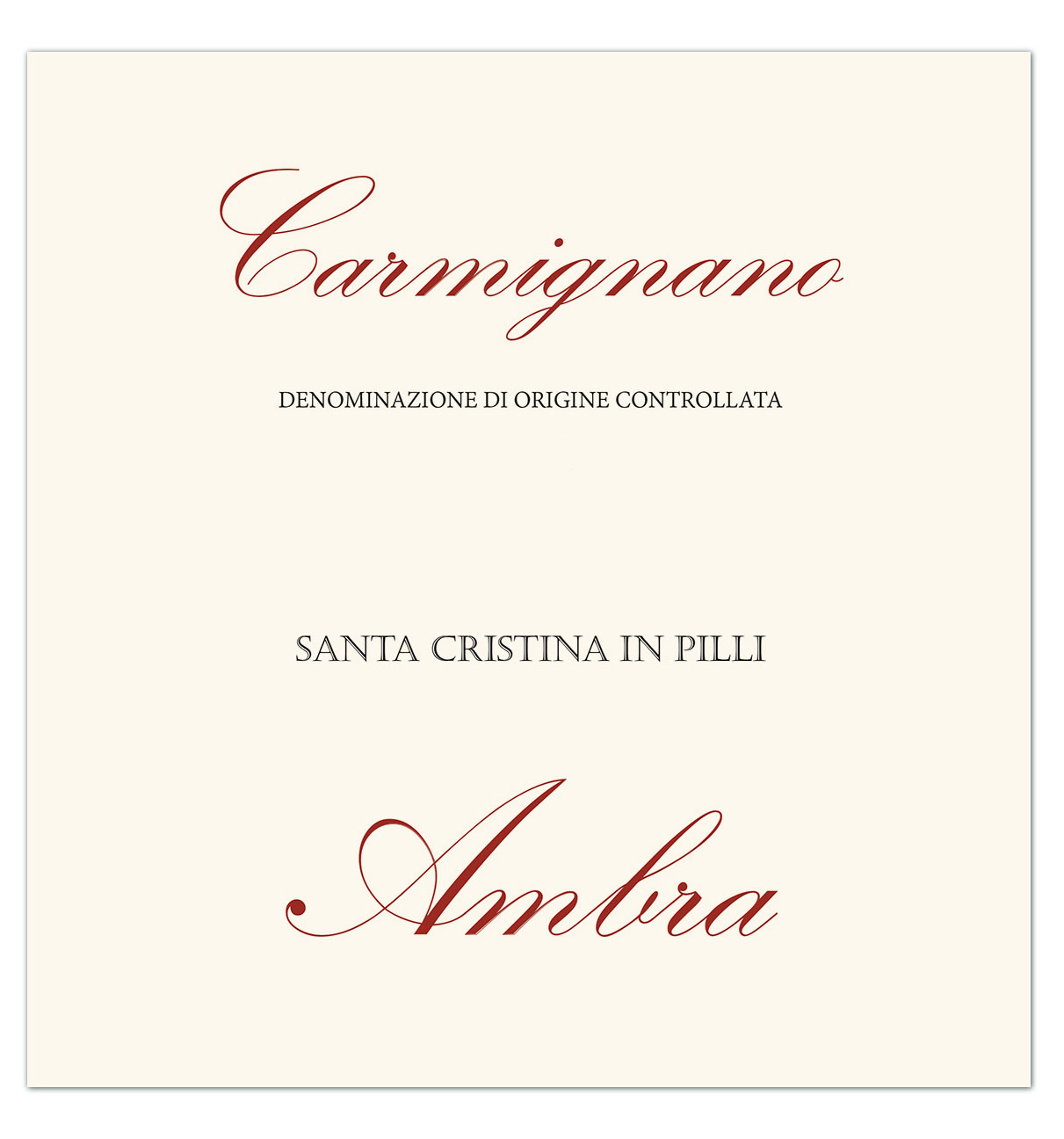